Oi! Fat Duck
The first thing people tend to ask me about with my cooking is the Fat Duck association. It is quite a claim to fame to have worked for that restaurant (so far pretty much my only one so I am holding on to this one). But how I got there in the first place is the real story.
After I finished A levels I was bored. It seems to be a condition of my family that we can never sit still for long (I blame my mum for the workaholic genetics). So I wanted a project. My sister came across a competition in the back of a British airways magazine and pointed it out to me. It was the British Airway’s Olympic’s mentoring competition. There were three strands; film, with Richard E. Grant, art, with Tracey Emin, and food with Heston Blumenthal. At this point I was still reeling from the Alice in Wonderland boys dinner inspired by him (see Shrinking and Shrinking), my sister had –at great expense – bought me his book for my birthday and I couldn’t think of anything more amazing than being mentored by him. However the competition was open to people all over the country, including people who actually cooked for a living/ had proper training for it….. But I was bored, had nothing to lose and had actually already been doodling menu ideas while I meant to be revising. Plus it was asking for a menu based around British produce, an idea I love and try to bring into all my dinner party cooking.  I wrote up an entry (see Competition Entry) and promptly forgot about it, distracted by my ‘ladettes’ trip to Turkey with school friends. 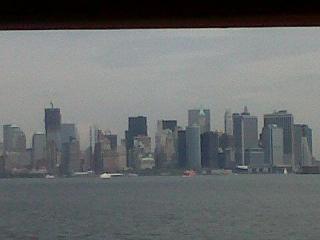 It was only when we were into the final days of our family holiday to New York that I was reminded of my entry.  I had an answerphone message left at 3 in the morning from an unknown number. Assuming it was a university related message confused by the time difference I listened to it tentatively.

‘ Hello, I am calling to inform you that your entry to the British Airways Olympic Mentor Competition was successful in reaching the final 16. If possible could you give us a call back to confirm your availability to come to London in 3 days to cook a three course, locally sourced menu for under £15 to be judged by Heston Blumenthal’
To be honest the best part of this was the utter shock on my parents face…. I had forgotten to even mention entering the competition to them what with all the excitement of Turkey…
So while my parents stayed on in the states, my sister and I spent the 6-hour return journey (ironically on a British Airway flight) planning this menu. Luckily we had the assistance of the lovely gay opera director who as a nervous flyer revelled in a distraction as random as this. When back home I scoured the local market for ingredients, even tasting many different types of local beer, which for someone who strongly dislikes Beer is a feat. I timed myself cooking in the hour allocated with the ingredients for my sister and her then-boyfriend that evening then we headed down to London the next day. 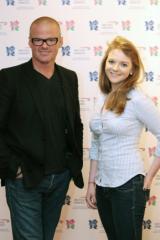 In London there was a photo shoot with the man himself before getting down to the actual cooking. I was remarkably calm cooking in the masterchef style kitchen, followed by a TV camera and a man who cleaned up after me. I even finished before time, so headed out first for judgement. The starter was a local beer welsh rarebit with a Bloody Mary coulis on the side. The main, Garam Masala lamb chops, garlic infused mash potatoes (thank you Le Manoir), sautéed spinach and a mint and yoghurt pesto (a sort of Raita made with almonds). Finally in a nod to seasonal strawberries I ended with a strawberry and almond crumble with a black pepper infused cream, a la Blumenthal. This was the crowning glory, he liked this a lot (it’s here I admit it was meant to be whipped cream but it didn’t whip…). Following a short interview where he asked me why I started cooking (my culinary challenged mother), where my love of food came from (greed) and whether I would be willing to defer a year of Cambridge for this mentoring opportunity (negotiable) he asked if I had any questions.  So I asked for work experience in his kitchen and he said yes.
In the end I didn’t win the competition (apparently some Michelin starred chef did http://craftguildofchefs.org/simon-hulstone-serve-treat-35000ft-british-airways-great-briton…) But I got the work experience and more importantly mentioned in that weeks column in The Times (well my food did…..) Plus I had the experience of being greeted for the next couple of months by friends as ‘OI FAT DUCK’!